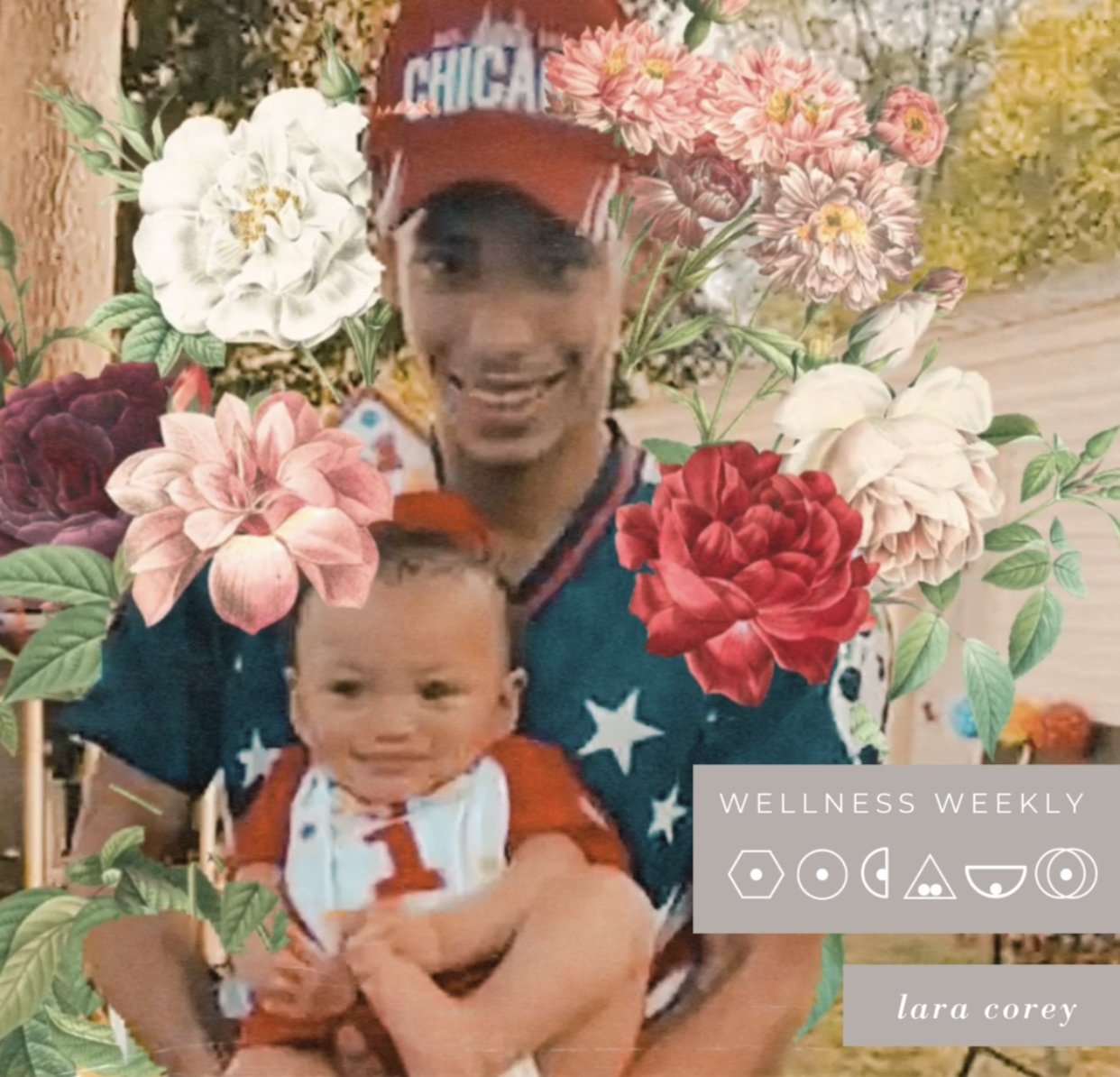 Welcome to Wellness Weekly coming to you every Wednesday.  This will be a weekly series, sort of like a Letter from the Editors that will rotate between Morgan, Lara and Luigi with the occasional guest.  We’ll hold space on the Dirt to check-in on our Sixth Sense: the term we use to refer to our spirit, our intuition, our inner power.  And because while we exist in the world alongside our other Five Senses, we’ll do a check-in of those, too.

Renewal: the replacing or repair of something that is worn out, run-down, or broken.

When we landed on Renewal as our April theme, it was from a place of true optimism and rebirth — of corners turned and lights at the end of the tunnel. Flowers and rainbows and all that sort of thing. Because certainly, after the year we’ve all been through, we deserve some brightness.

To be sure, we collectively deserve that and I hope that we can continue to feel that general sense of progress and moving forward this month. But as we receive news of yet another senseless murder of a young Black man at the hand of police, Renewal is taking on another meaning for me this week, that of a dire need to replace something that is irreparable: the American system of policing. It must be defunded and abolished.

(Wondering how you landed on a discussion about police violence on a spiritual wellness blog? Well, none of us are fully well until we figure this one out.)

A younger and more earnest version of myself used to think that we could potentially fix the problem of police violence with reform, but reform requires us to believe that there is something about this system that is worth saving. This system that will kill 1 out of every 1000 young Black men in the course of their lifetime, more than 2.5 times more likely than white men. A system that was designed first as a slave patrol and transitioned to the less obvious (but no less deadly) forms of racially motivated oppression such as stopping labor strikes and uprisings against the rich. This is not a system that can be held up as a candidate for fixing; it is by all accounts a model working exactly as it was intended. And for that reason, it’s got to go and be replaced with a system that prioritizes mental health, equity and safety for all, and compassion.

The fatigue factor is high right now — I feel it in my bones and see it in the tear-stained faces of my Black friends, family, and activists. How can this be happening again and again and again? How will it ever change? And while it’s easy to feel like our work is for naught, I feel more strongly than ever the resolve to keep going. We have political leaders who are, at last, listening and a population that is increasingly open to a system that redirects funds from police into community programs. Clearly, it will not be easy, but anything worthwhile rarely is. A future where our young Black men aren’t regularly dying this way? That’s the only renewal glow-up that I’m focused on this week.

Here’s what’s going on with my other senses this week:

A few months ago, there were regular sundown murmurations, flocks of starlings flying in unison, near my house. Ever since, when I need to chill out for a second and gather my bearings, you can find me watching videos of the phenomenon on repeat. It’s a captivating and calming experience to watch thousands of these birds working together to create something so beautiful. Humans: take note!

I’m a huge fan of How I Built This and have been really loving their Resilience series, which spotlights how businesses are navigating uncertain times. The interview with Ethan Diamond of Bandcamp really resonated with me — so refreshing to hear from a Bay Area entrepreneur so laser-focused on creating a platform for musicians to showcase and earn money from their art.

I traveled! I took my vaccinated self to my hometown in Florida last week to visit my parents and see my extended family. While it was certainly a sight for sore eyes to see everybody again, it was equally a treat to walk on a sandy white beach and smell the Gulf of Mexico: the official scent of my childhood. (For inquiring minds, I skipped going to Hooters HQ.)

Usually I define cooking success by how quickly I can make something that also tastes great — the Low Risk/ High Reward approach. This week I made a giant bowl of cacio e pepe for a friend’s birthday and considering the 30 minutes of prep that it took and the resulting thumbs up, it’s definitely going into my saved recipes box.

As a former litigator, I tend to think that I can talk my way out of any negative situation. This week, however, I was reminded that sometimes all that is needed is a solid cuddle session. My ten year-old was struggling with a complicated school project that was creating a lot of frustration and anger. While my mouth tried to solve the problem by giving her a lecture (um, nope), turned out all she needed was a 10 minute cry and snuggle on the couch with me to comfort and give her some confidence to work through it on her own. No law degree needed!