Wellness Weekly XI: An Affair With Myself

Welcome to Wellness Weekly coming to you every Wednesday.  This will be a weekly series, sort of like a Letter from the Editors that will rotate between Morgan, Lara and Luigi with the occasional guest.  We’ll hold space on The Dirt to check-in on our Sixth Sense: the term we use to refer to our spirit, our intuition, our inner power.  And because while we exist in the world alongside our other Five Senses, we’ll do a check-in of those, too. 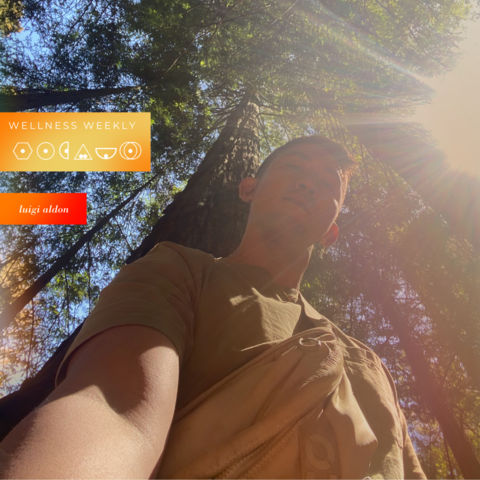 I did a scary thing a few weeks ago where I spent two days alone. Now I know what you’re thinking: two whole days alone? That sounds fucking fabulous. Well, when you’re a Capricorn and double Saggittarius with a penchant for interpersonal/intense/sometimes codependent relationships, it’s not THAT easy!

Come along with me to my therapist’s couch…

A few weeks before the trip, I was asked by my therapist  to write some of my stories down. And because I don’t have another way of being, this meant digging up all the memories, emotions, and trauma that comes with being in this queer and brown intersection. The one’s from my childhood and adolescence that I’d “forgotten” — some on purpose, some as a means of survival. I had half-heartedly tried to make time in my busy schedule to do this important work, but I kept pushing it aside for something I deemed more worth my time: friends, my sig O, work. The excuses were numerous, convincing, and heavily prioritized.  After being frustrated at myself for a few weeks for being unable to write, I decided to take this matter into my own hands and remove all aforementioned distractions so that I had no excuses (there’s the Capricorn!). The result was a two night glamp-y“retreat” of sorts that was as beautiful as it was complicated, sprinkled with some a-ha moments that will remain with me for a lifetime. I got to write from the perspective of baby Luigi, what it was like to be him, and how things evolved and changed as he lost his older brother, as his parents began to turn towards deep conservative Catholicism. But also from the perspective of others I had perceived as contributors to my pain. It was such a healing practice and one that I will definitely continue to practice.

Sight or site? I had the privilege of spending this alone time at Autocamp in Guerneville a beautiful little “campsite” stocked with Airstreams, decked out tents, and an admirable wine selection! It’s just about an hour and a half away from San Francisco, on the Russian River, a few miles away from Bodega Bay, Jenner, and Occidental. I love nature so much but seldom get to appreciate it with all the distractions I have. 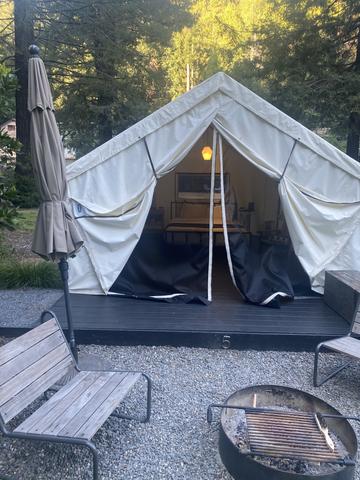 I really tried my best to not use my phone or any technology with the exception of using them for guided meditations. As I was searching on Insight Timer for one that suited my needs, I came across one that really spoke to me by a teacher named Mooji. As the meditation was playing I recognized a quote that was once shared to me by a dear friend.

“All our lives, we’re told to be other. Other other other. On the assumption that we already know ourselves.” — Mooji

90,000 + meditations on Insight Timer and THAT’S the one I landed one. I get it, Universe!

I went on 3 beautiful hikes. On each hike, I was incredibly present to the feeling of being “alone” , something that I was terrified of before the trip. It took a little time to settle into being more comfortable, but soon I was scaling down cliffs to get to secret beaches and tidepools. To be honest, I was unsure of how I would get back up. But after a while, that feeling of uncertainty became empowering. Btw, I got back up with the help of both the Spice Girls albums. Thank you Baby, Scary, Ginger, Posh, and obviously Sporty. 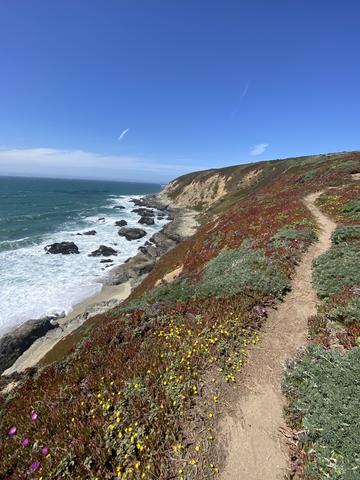 Self-care is eating the S’mores kit that comes with the reservation (meant for two, btw) then also buying another kit because you can, and you will, and you deserve to. I was also able to cook my food over an open flame. Like, paleolithic vibes? While I wasn’t quite “living off the land”, not having the distraction of Postmates was a welcome respite. 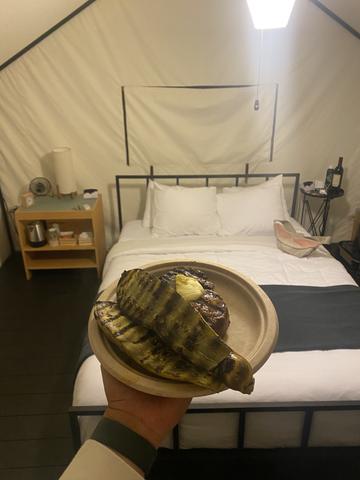 Funny enough I only brought one crystal with me. A jade pendant I purchased a couple weeks before. As you might remember from an earlier Wellness Weekly, I found out I was part chinese, so naturally it felt fitting I buy jewelry to commemorate that! This specific shape of  “the donut” is a piece that many Chinese people impart on their children at birth. It is meant to attract prosperity and is a symbol of consistency and harmony. 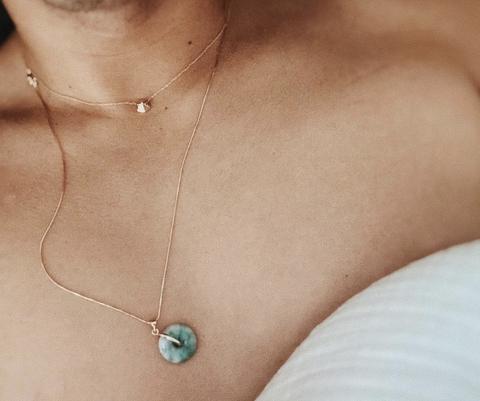